Should Smart Investors Be Overweighted to NY Apartments?

The Wall Street Journal recently published an article titled Escape From New York City (April 21, 2020). It tells the story of several couples who left the city seemingly for good. This article was written before the recent disruptions.

Speaking about one such family, the article observed:

"They’re hardly the only family spurred by the pandemic to make a fast move, said Alison Bernstein, founder and president of Suburban Jungle, a company that specializes in matching city clients with their ideal suburban town, and helped the Usherenkos find their new home. “This whole thing is catastrophic and petrifying for families in urban areas,” she said. “People want out of the city and now.”

“Ms. Bernstein said demand for her firm’s services is up 40% from the same period last year."

Of course, similar things were said after 9/11 and New York Apartments continued to rise in price supported by rising rents.

But there is a difference: Other outward pressures are in place now that were not there before, the tax code no longer favors high tax states and cities by offering deductibility for federal income taxes. Furthermore, technological connectivity is vastly better than it was in the ancient days of yore in 2001 in the latter days of the fax era and before Skype, Zoom, and Slack.

This time around some people are finding out just how connected one can be. One particular family decided to get out of the city on a temporary basis, until they saw how well things worked for them working from home.

"Indeed, the experience has the family rethinking its commitment to the city. Until the pandemic, the suburbs didn’t seem practical. But now that her husband, a lawyer, has proven his ability to work from home, they’re hoping his employer will be open to the idea. Last week, Ms. Euretig made her first call to a Hudson Valley real-estate agent.

The reality is that we don't yet know what the reality is. Maybe New York metro area will bounce back and continue its real estate price ascent. The question is how much to downplay the risks enough to justify levels of concentration such as this: 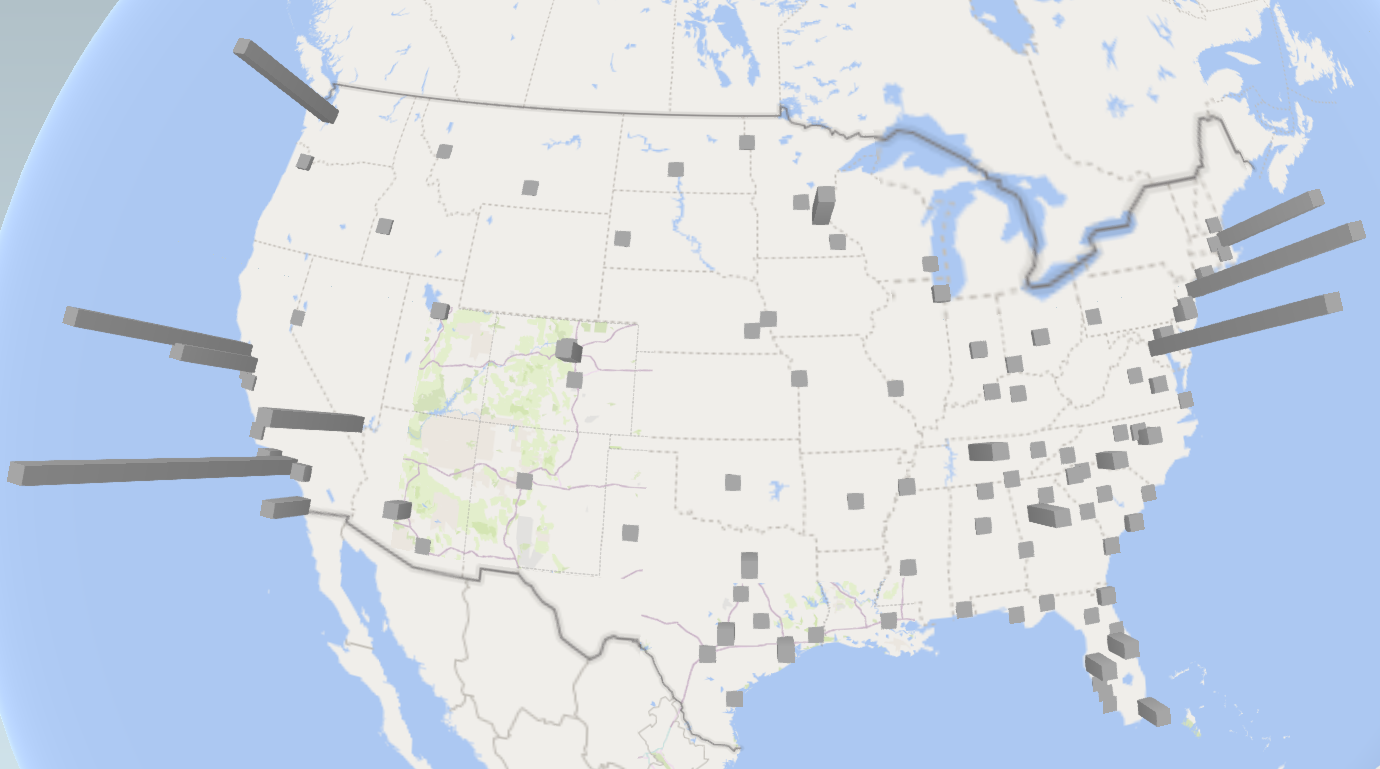 The size of the bars represents the share of money devoted to the apartment sector which a cap-weighted approach would devote to the New York metro area. Cap-weighted means that the money is allocated in the same proportion as the value of the publicly investible real estate of a particular type in a particular place. For example, a prominent cap-weighted real estate index allocates almost 10% of its apartment investment in the New York area. It does this based on a formula which estimates that the publicly traded apartment property in New York amounts to roughly one tenth of all the publicly traded apartment value in the country. This is despite the fact that the economic output of the people who live in the houses and apartments of New York only produce less than 8% of the nation's output (as measured by GDP, the most common measurement of economic output).

I'm not saying that a New York population exodus is guaranteed. I'm saying that the high allocations common in cap-weighted funds might depend a bit too much on ruling one out.