What we find is that the nations which are hardest hit are ones called 'emerging markets' -- that is the category of nations which are still roughly in the bottom half of economic development but not the poorest of the poor (which are usually called 'frontier markets').

We looked at the bottom quintile (the lowest fifth) of oil price changes during a six-month period, and we adjusted for changes in supply of oil to leave the focus on demand for oil. Then we flagged for (identified) level of development so that x=1 means developed nation, and x=0 means emerging market. We compared that to catastrophic losses so that y=1 means a catastrophic loss (worse 6% of returns), and y=0 means not a catastrophic loss (the other 94% of returns). 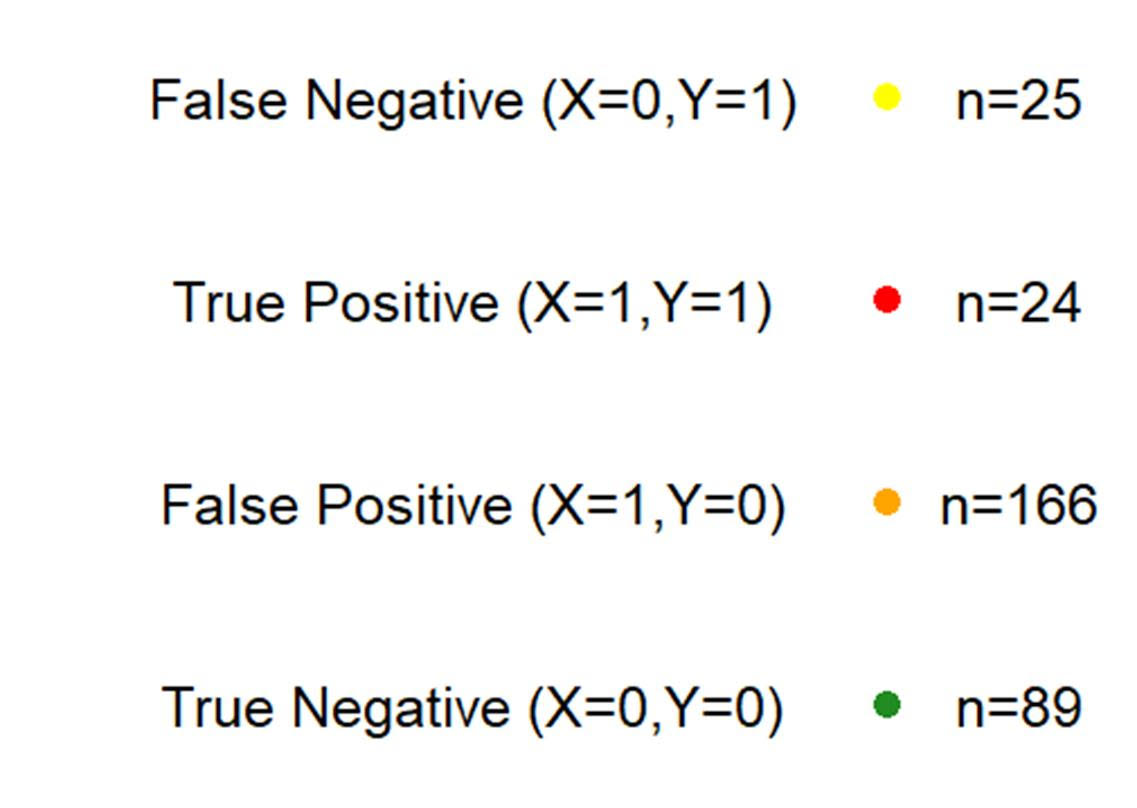 Here is the same data in graphical form where the size of the circles corresponds to the number of incidents in each category:

What we see is that during these oil bear markets, 22% of emerging markets had catastrophic losses while only 13% of developed markets did.

Next time, we'll look at whether those nations hardest hit by oil price bear markets tend to do better or worse than the rest in the subsequent time period.