What happens after a country has an oil shock-driven catastrophic loss?

Previously we showed that oil price shocks (which we defined as a -57% or worse correction in a six-month period) make catastrophic financial losses ('cat-losses'), i.e. the bottom 6% of returns (roughly -23% or worse total return for a nation's stock market), much more probable.

Emerging market nations (those which are roughly in the bottom half of nations in terms of level of wealth and technological development, but developed enough to have easily accessible stock markets) are disproportionately hit by these oil shock-driven cat-losses.

Now we’ll look at what happens after such a loss.

If you look at the scatter chart below, you see two clusters of dots. Each dot represents the stock market of a particular country at the end of some specific six-month period. The cluster of dots arranged as a vertical line on the right side are nations which in the prior period suffered a cat-loss during an oil bear market (the worst fifth of oil price returns). So, if a nation suffered very bad financial losses during a time when oil prices were doing very poorly, that is represented by one of the dots on the right side.

The dots on the left are the rest of the countries and times -- every situation in the available data where you did not have a cat-loss during an oil sell-off.

The Y axis represents total returns for those countries in the following six-month period. Higher up on the line is a higher return. 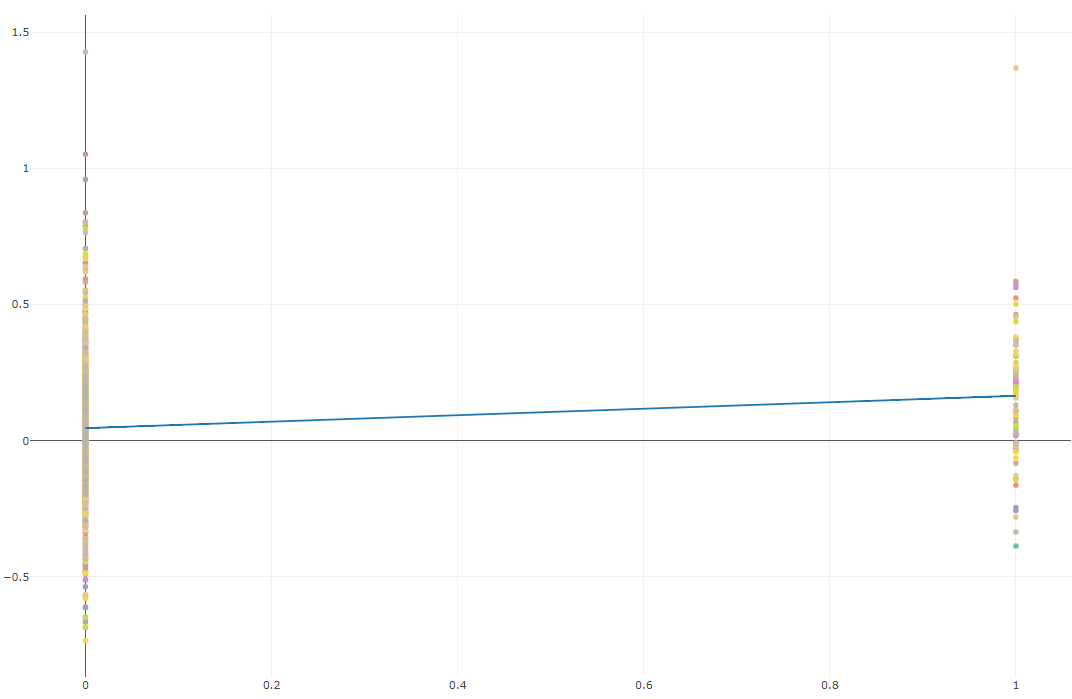 You see that trend line slopes upwards. What does this mean? It means that in general countries which have suffered cat-losses during oil bear markets outperform situations where this is not the case. How big is the difference represented here?

The average return for a country in the six months following a cat-loss during an oil bear market was 16%. The average for the other data (situations that were not both cat-losses and oil bear-markets) was 4.6%. The overperformance was roughly 12%.

So, as we currently look at a large number of cat-losses during this crisis during a severe oil bear market, it’s worth thinking about these countries’ markets perhaps representing a contrarian opportunity that should not be ignored.