The global economic shutdown has put oil in a precarious position...
As you can see in the image from a VisualCapitalist report[i] below, a variety of recent events may have contributed to the bizarre situation in the oil market. 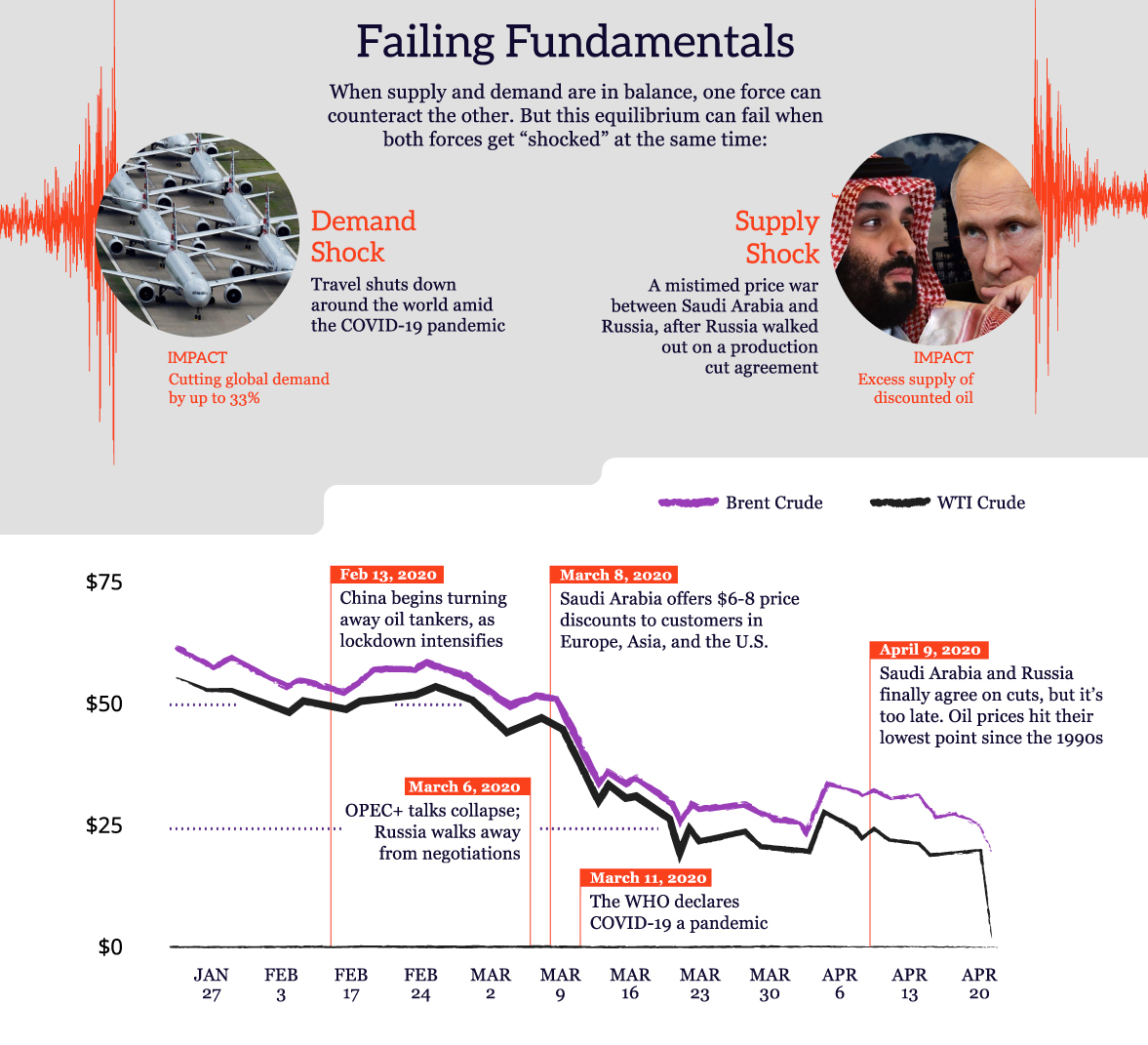 Oil’s value can be influenced by the type of geopolitical events you see in the infographic above; an effect that is not necessarily as prominent with other commodities. Certainly, the situation is concerning, and seeing headlines about “historically low oil prices” could prompt panic among market-watchers. But that doesn’t necessarily mean we should be panicking. In their recent report on the subject, Statista described the unique situation we’re in:

“The coronavirus outbreak has sent U.S. oil prices tumbling to their lowest level for two decades. With much of the world on lockdown, fleets of airliners have been grounded while cars are parked up, resulting in a lack of demand. That has in turn led to a glut of oil that's clogging up storage facilities, further impacting the price.”[ii]

The global economic shutdown has put oil in a precarious position: we have high quantities of a commodity that can be expensive to store, while demand for it has plummeted, but that doesn’t necessarily signal disaster for the larger economy. Furthermore, oil is arguably a weaker statistical forecaster for the global economy than other commodities -- for instance, copper. Here’s a scatter chart showing an 87% R-squared between supply-adjusted copper prices and subsequent global annual GDP. (This data covers a range from 1997 to 2015.)

Below is that same chart, but with oil prices instead of copper prices, showing a 69% R-squared between oil prices and global GDP.

In the past month, oil prices plummeted to all-time lows, but copper prices have experienced a far less extensive drop.[iii] The charts above suggest that historically, oil prices have a weaker correlation with subsequent annual global GDP than copper. Given the statistical relationship between these commodities and GDP growth, the recent drop in oil prices might not necessarily be a cause for panic. Next time, we’ll look at what record-low oil could actually be indicating about the broader economy.

With contributions by Charles Bowyer.